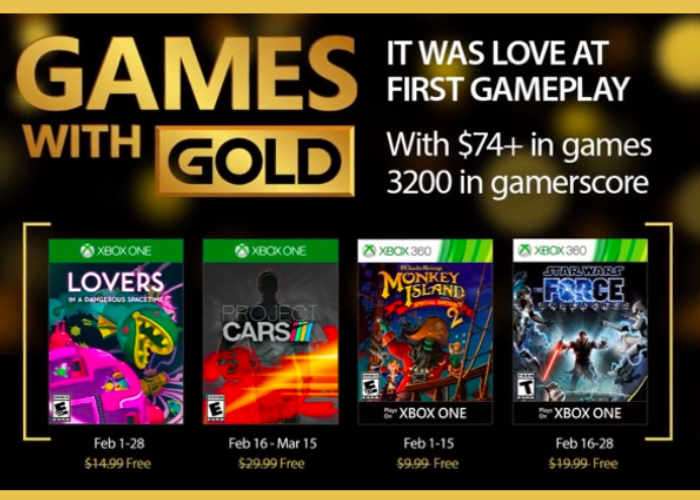 This month’s Xbox Live Gold Games take the form of four new free games two on Xbox One and two on Xbox 360 as expected and start with Lovers in a Dangerous Spacetime RRP $14.99 which is available to download for the entire month of February.

From February 16th onwards until March 15th Microsoft is making available the digital edition of Project Cars which has a recommended retail price of $30. On the Xbox 360 starting on February 1st Monkey Island 2: SE will be available. Followed in the middle of February with the availability of Star Wars The Force Unleashed for free through February 28th, again saving you the recommended retail price of $20.

To learn more about each game and what you can expect from them what the official Xbox Live Gold Games February 2017 teaser trailer below.