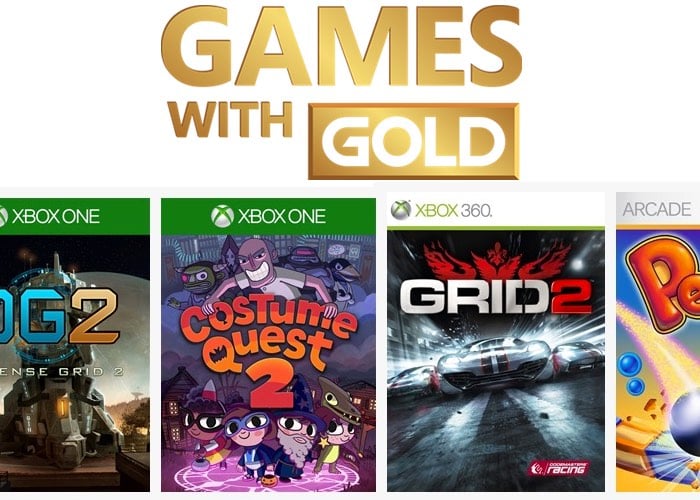 Microsoft has today announced the new games that will be available via its Xbox Live Gold membership subscription service during next month for May 2016.

During the month of May, Xbox Live Gold members will be able to enjoy four new games for free, as part of the Games with Gold program. Additionally anyone with an Xbox One will be able to play all four thanks to the Backward Compatibility support of the Xbox 360 titles.

On Xbox One, Xbox Live Gold members can download and enjoy Defense Grid 2 which would normally cost $14.99 for free, together with Costume Quest 2 normally priced at $14.99, which will be available to download from May 16th to June 15th also for free.

On Xbox 360, starting Sunday May 1st GRID 2 normally $24.99 will be free for Xbox Live Gold members through to May 15th. Followed on May 16th by Peggle normally $9.99 ERP for free until May 31st. Check out the video below to learn more.

** Titles are available as free downloads for qualifying Xbox Live Gold members in all markets where Xbox Live is available. Some regions may offer different titles depending on market availability.