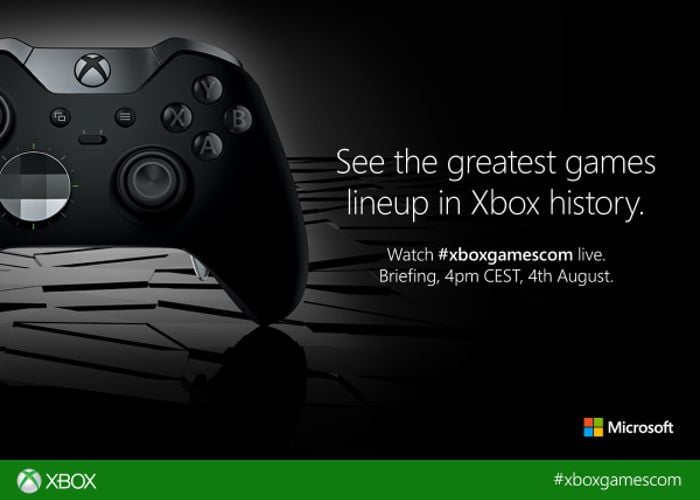 Gamescom 2015 is preparing to open its doors in a few months time on August 6th 2015 and Microsoft has today announced via the Major Nelson website the date of its Xbox Gamescom 2015 briefing.

The Xbox Gamescon 2015 briefing will take place a few days before the doors officially open and starts on Tuesday, August 4th at 4:00pm CEST or 10:00am ET or 7:00am PT.

Gamescom is the largest trade fair and event highlight for interactive games and runs from August 6th to 9th 2015 in Cologne, Germany. During the Xbox press event you can expect to learn more about up coming games such as Scalebound, Quantum Break, and Crackdown.

Tune in to the gamescom 2015 Xbox Briefing on Xbox One, Xbox.com, Xbox 360, and Windows Phone to get the latest news and watch game trailers and demos. Be sure to download the free Xbox Live Event interactive app (XLEi app) on your Xbox One or XLE on your Xbox 360 before the show so you’re ready!

For more information jump over to the Major Nelson website via the link below.