Xbox 360 owners who have upgraded to the new Xbox Dashboard which Microsoft has recently rolled out to their gaming console. Might be pleased to know that more media support has now been added in the form of Vudu’s Video on Demand service. Which enables its Vudu users to use Kinect voice and body commands to search for programs and perform DVR functions.

As well as Dailymotion, UFC, 4 on Demand, ABC iView, Demand 5, M6 and MSN Video which have all now been added to the Microsoft Xbox 360 Dashboard. 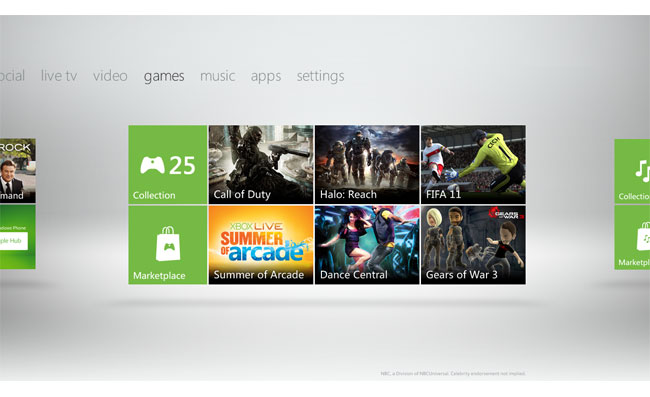 Vudu is offering a $4.99 credit towards the first rental or purchase on the XBox 360. Edward Lichty, general manager, VUDU explains:

“VUDU on Xbox 360 brings more fun into finding, watching and buying your favourite movies and TV shows,” – “With the new, interactive features on Xbox 360 to browse VUDU’s library, along with special savings like 99-cent VUDU rentals, we hope to make the holidays even more entertaining and affordable for families.”