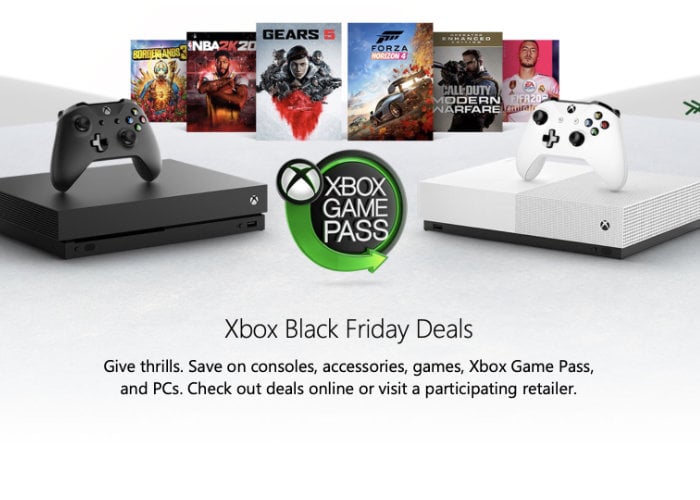 Microsoft has now confirmed the Xbox Black Friday Deals that will be available this year from November 24th, 2019 onwards. “Give thrills. Save on consoles, accessories, games, Xbox Game Pass, and PCs. Check out deals online or visit a participating retailer.” Deals include up to $150 off Xbox One consoles which also includes the latest bundles such as the One X with Gears 5 down to $349.99.

The savings on Xbox games, controllers and subscriptions will run from November 24th until December 2nd, 2019.