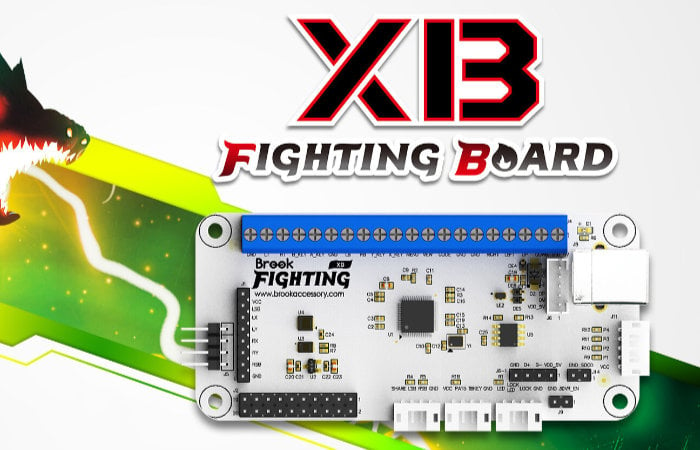 Enabling gamers to easily switch between multiple key configurations when needed on their arcade controller for different games. The new XB Fighting Board is also the company’s first fighting board to adopt ACT and builds on the company’s portfolio of products supporting Xbox controller boards for the Xbox 360, Xbox One, and Xbox Series X|S consoles. Check out the video below to learn more about the Xbox arcade controller board.

“As a cross-console fighting board, the XB Fighting puts extra focus on the operation experience when users switching between different consoles. Based on more than 2 decades of experience, Brook developed an exclusive Brook ACT software, enabling the fighting board to save up to 4 key configurations for each console. Players can set up different key configurations based on consoles, games, and scenarios, bypassing all the troubles of setting up for another console.

With the spirit of always being at the gamers’ service and providing continuous updates, Brook is now releasing a new generation of fighting board exclusively for the Xbox series, supporting even the original Xbox seamlessly and allowing players to relive their memories of best-selling classics like Dead or Alive 3 on Xbox Original, as well as Virtua Fighter 5, Tekken 7, Mortal Kombat 11 Ultimate on multiple Xbox platforms. Players can now fight back in time, just like the good old days.”