We have seen the new Xbox 360 Wireless N Adapter appear and disappear from the Internet numerous times over the last few weeks, and I bet most people thought it was never going to be available.

The good news it that the Xbox 360 Wireless N Adapter has finally gone on sale in the US, it will retail for $99.99 which is the same as the previous model, and the old version has be discounted to $80 until stock runs out. 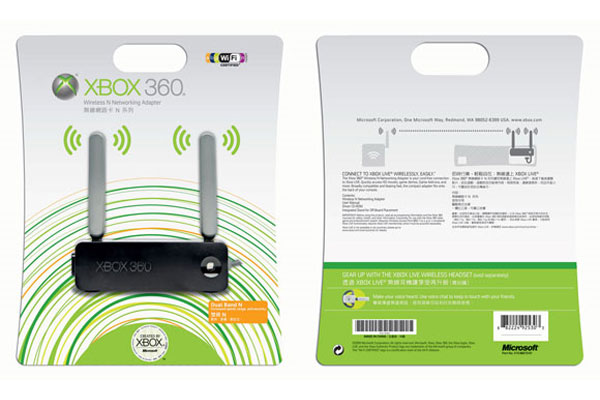 Hitting store shelves this week, the Xbox 360 Wireless N Networking Adapter offers versatility and ease to your Xbox 360 experience. Jump into “Halo 3: ODST” or “Forza Motorsport 3” and enjoy lag-free network gaming and multiplayer, or put your media center to the test by streaming your favorite HD movies and videos. This dual band adapter seamlessly synchronizes your Xbox 360 with the newest wireless N standard, allowing two times the range and a speed seven times faster than before. Easily stream all of your Xbox LIVE entertainment such as Games on Demand, HD movies and TV shows and music through Xbox LIVE or your media center PC.