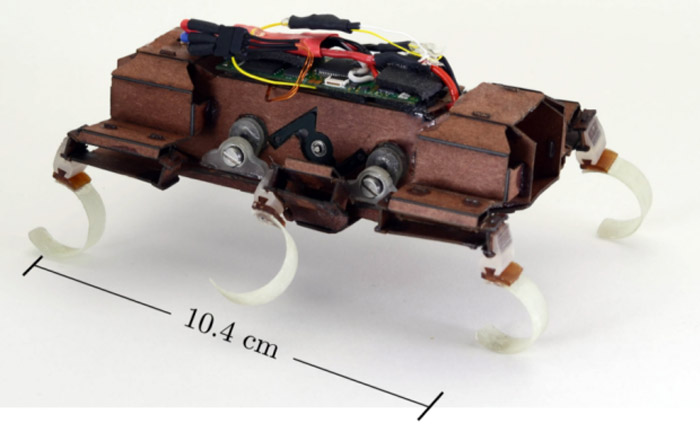 I’d wager you have no idea that there are speed records for tiny robots, but there are. In fact, a team from UC Berkeley recently smashed the speed record for tiny robots with a small bot called the X2-VelociRoACH. This little beastie weighs in at only 54 grams and it can move way faster than you would expect something of the size to move.

To break the speed record for robots of its size, the VelociRoACH was able to reach a sustained speed of 11mph or 4.9 meters per second. If you blink, you will probably miss the little robot zooming past. It’s not the fastest robot in the world, but it is the fastest of its size class.

To make the bot faster than previous iteration, the team increased the stride frequency to 45Hz. That means the little legs make 45 stride cycles per second. The team found that while it could push the tiny robot faster yet, when it did parts would break off. The team wants the VelociRoACH to go even faster but to get there they will have to come up with new materials for construction. The robot is limited by the durability of its parts right now.