With rare exception, talk shows are often dreadful affairs. Too celebrity oriented, weighed down by treacly wholesomeness, with prominent guests from other fields merely skirting the heart of serious issues. Not to be unnecessarily harsh, but the subtle art of the one-on-one intie has gone downhill since Frost/Nixon. Anyway, seen below are a couple of blokes from Portland, Oregon moving about in the Pedal Powered Talk Show. It’s really a bicycle concept that puts a grass roots spin on the usual glitzy affairs that grace television screens. 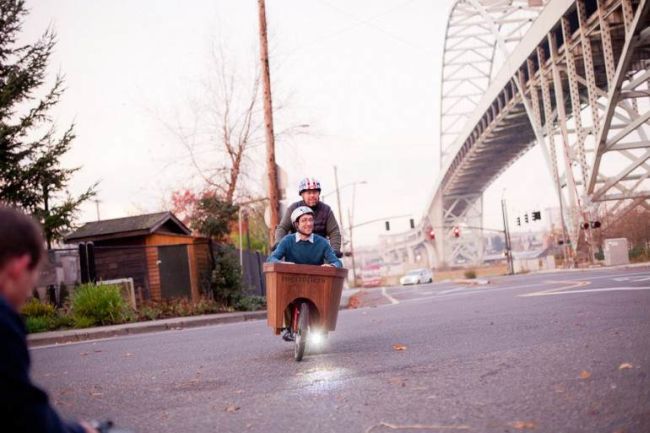 The culprits behind this bizarre experiment are bicycle makers Metrofiets, who specialize in ‘custom cargo bikes.’ The Pedal Powered Talk Show is something else though. it’s a mobile studio where the host is brought to his subjects; occasionally these are celebrities but regular Portland residents also make the cut. Turns out it’s already some sort of web series that goes live early next year.