If you take a peak into any of the recent gadgets, tablets, notebooks and smartphone devices that have been dissected by the likes of iFixit and others. Most of the internal space is dedicated to their batteries and providing enough power for them to run at a reasonable level without the need for a recharge.

Well researches at the Rice University have now created a battery which is six times thinner than a bacterium or 60,000 times smaller than a single AAA battery. Opening the doors of innovation on miniature electronic devices. 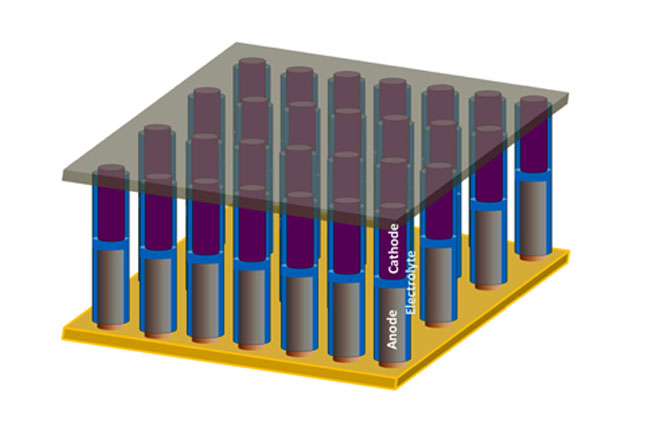 The new battery developed by Rice University is a cross between a battery and a supercapacitor, and could be combined as in the diagram above.

“The idea here is to fabricate nanowire energy storage devices with ultrathin separation between the electrodes,” said Arava Leela Mohana Reddy, a research scientist at Rice and co-author of the paper. “This affects the electrochemical behavior of the device. Our devices could be a very useful tool to probe nanoscale phenomenon.”

For more information on hte new battery developments jump over to the Rice University website.