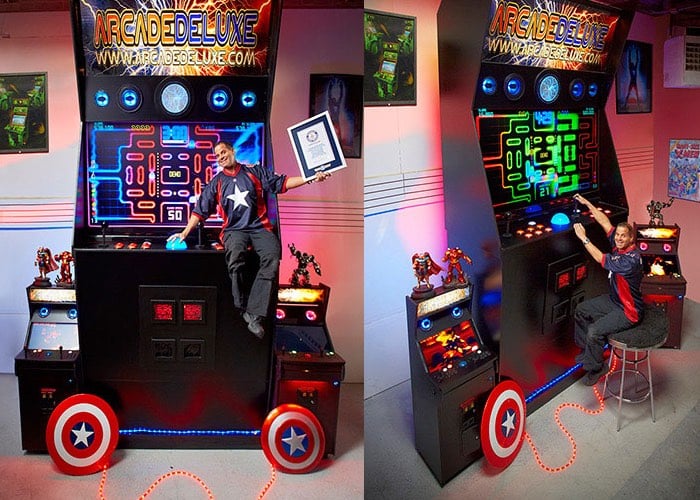 We have featured many different arcade game machine systems over the years from the expensive to the smallest. But now Jason Chamberis has built the world’s largest arcade games machine which has won a Guinness World Record for the largest arcade machine.

The creation stands 4.41 m tall and has taken two years to create and now includes over 200 classic arcade games for users to enjoy, if you are tall enough to reach the controls.

The arcade game system is fitted with a number of different controllers including a trackball that measures 16 inches across together with a joystick that is roughly the size of a man’s forearm. Watch the video below to learn more about this Guinness World Record breaking games machine and its features.