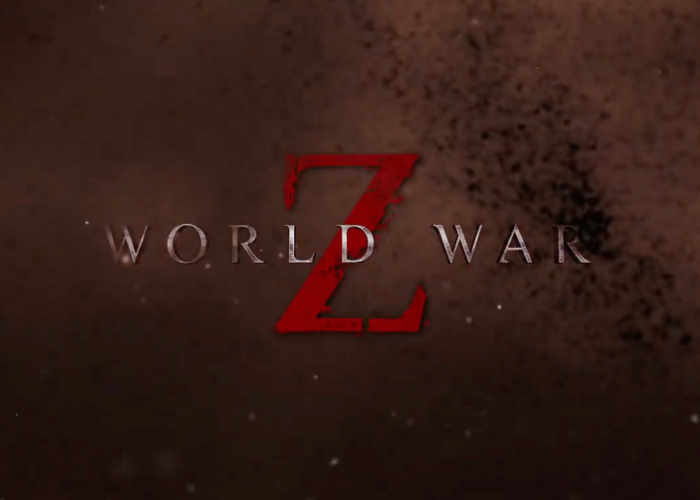 This week Paramount pictures and Saber Interactive announced the development of a new video game based on the popular zombie apocalypse movie World War Z starring Brad Pitt. The new World War Z game will take the form of a four-player coop third-person shooter and will be launched sometime during 2018.

Details on the World War Z video game are a little scarce at the moment but you can expected to be launched on the PlayStation 4, Xbox One, and PC. Check out the reveal trailer below for a quick glimpse at what you can expect from the new World War Z game currently under development.

World War Z’s co-op campaign focuses on unique survivor stories and missions around the globe, including New York, Moscow and Jerusalem. Use traps, barriers and the environment strategically to stay alive while unleashing a storm of firepower with a variety of weapons on the unrelenting hordes of the undead.

Featuring massive swarms of zombies who rush their living prey, World War Z is in production for the PlayStation4 computer entertainment system, Xbox One and Windows PC. “World War Z is a name synonymous with heart-pounding fear and action, and we’re excited to finally capture that energy in a fast-paced and gruesome experience crafted specifically for modern consoles and PC,” said Saber Interactive CEO Matt Karch.

“Saber has tons of experience working on high-quality games and they’ve done a great job capturing the massive, frantic hordes of ‘zekes’ that sets our franchise apart,” said Bil Bertini, Executive Vice President of Worldwide Licensing for Paramount Pictures. “They have created a fiercely original experience in the rich universe of World War Z that fans are sure to love.”

As soon as more details are released for the upcoming World War Z video game we will keep you up-to-date as always.