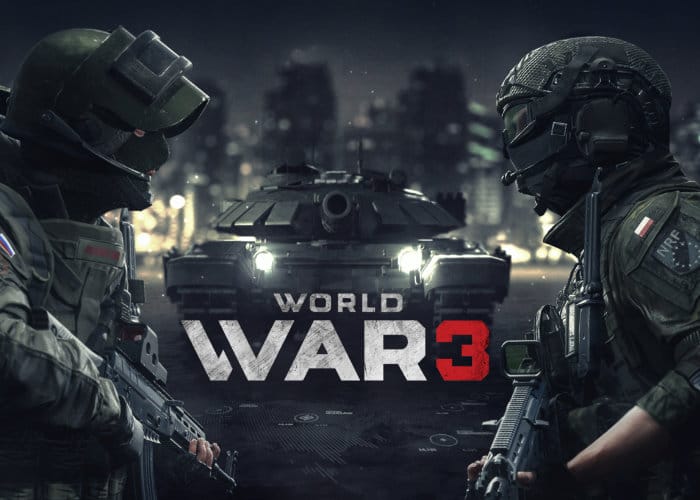 This week more details have been made available for the World War 3 game, which as the name suggests takes the form of an upcoming military multiplayer first person shooter, currently under development by the Farm 51 game studio, the team responsible for games such as Get Even, Painkiller: Hell & Damnation. Check out the teaser trailer below to learn more about what you can expect from this new FPS game which will be launching into Steam Early Access later this year.

The development team responsible for creating the World War 3 game explain that is has been designed in cooperation with military R&D centres and consultants to provide real-life authenticity, ballistic system, advanced armours and life-like in-game weapons. “Warzone and Recon – a complete package: World War 3 presents a modern conflict with tactics, techniques and procedures inspired by true combat engagements. Warzone offers opportunities for dynamic, intense firefights in teamwork-focused battles of infantry and armored units over fortified points. The tactically-oriented Recon allows players to cooperate within small reconnaissance squads left on their own to survive and capture high-value targets in hostile territory. Together these modes create a coherent gameplay experience aimed at presenting the actual feel of modern warfare.”

Other features of the new World War 3 Game include :

– True combat experience: The most authentic bullet vs. armor system in the FPS genre to date, achieved through years of research and development with military professionals. Ballistics, a weight system, full body awareness, vehicle physics, and an extensive customization system all affect the gameplay in a meaningful way.
– Strong team play: World War 3 supports team-based gameplay rewarding the initiative in playing as a part of a squad. Responsible cooperation within a squad is the best recipe for combat effectiveness. Players can choose between assuming the role of an Attacker or a Defender, and use any gear available to support their playstyle – what matters is the victory.
– Strategic war map: To show the consequences of every battle, player performance is rewarded with resources used to conquer or defend a territory, gain additional bonuses via the metagame and turn the tide of war. Every destroyed vehicle, every kill, every bullet fired, every achievement affects the big picture presented on a constantly evolving, interactive war map eventually covering the entire planet.
– National pride: World War 3 is heavily grounded in military realism, offering accurate depictions of weapons, uniforms and equipment of national armed forces inspiring players to make their war effort personal and prove their country is the dominant force on the battlefield. The maps are based on real-life locations such as the streets of Warsaw, Berlin and Moscow (more locations planned) recreated with an unprecedented attention to detail.
– Versatile customization: Players are able to personalize every part of their equipment, choosing from hundreds of combinations of unique weapon parts, attachments, skins, camos and paints. The same applies to vehicles and tactical gear and uniforms. If it’s possible in real life, it’s possible in World War 3.
– No strings attached: No paid loot boxes and pay-to-win approaches to game design. We consider it very important to stay true to the community and deliver the best game we can without resorting to such practices – as players ourselves we believe that the sense of pride and accomplishment should come with no paywall.

To learn more and register your interest for the World War 3 game jump over to the official website by following the link below.