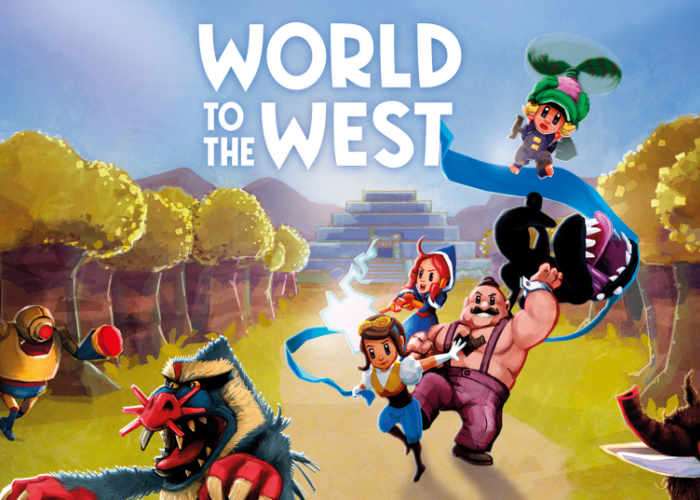 In the next few days developer Rain Games will be launching their new World to the West game on the PlayStation 4 making it available to play from May 5th, 2017 onwards and is also available on PC and Xbox One.

Mariela González from Rain Games has today taken to the official PlayStation blog to reveal more details about what you can expect from the game is whether as comments from other members of the team on character design and gameplay.

World to the West is a pulpy, cartoony top down action adventure inspired by European adventure comics. Take control of four unique characters, each with their their own motivations, skills and interweaving storylines, as they seek to escape the dark shadow of an ancient prophecy: Lumina the Teslamancer, Knaus the orphan, Miss Teri the mind bender and the gloriously mustachioed strongman, Lord Clonington. Travel trough corrupt colonies, lush jungles and frozen tundras, as you snoop through the secrets of a forgotten civilization!

Here at Rain, there are always at least 2 sides to every discussion and creation. With something as important as the main characters, we build them from the visual and gameplay side at the same time. Representing the gameplay side is me; I put together the larger plots and storylines.

Also there’s me, the art director — this generally involves drafting up concepts for how to make things in the game look like what they are supposed to look like, while still keeping a coherent feel throughout. In character creation, it means drawing out the characteristics of each character to the surface in a way that makes them come together as distinct personalities visually.

The game takes place in the same world as our previous game, Teslagrad (which is also on PS4! What, you haven’t played it? You really should!), further exploring the universe introduced in that game. It’s a standalone sequel, so having played Teslagrad isn’t a prerequisite for enjoying World To The West, but there are are a few fun easter eggs for those who are fans of the first game. Setting the game in a pre-existing universe has been very useful when it comes to making character design choices – we knew that there are four dominant countries in this universe, and we knew how the cultures differ from each other in terms of philosophy, culture and technological achievements.

For more details on World to the West jump over to the official PlayStation blog by following the link below.