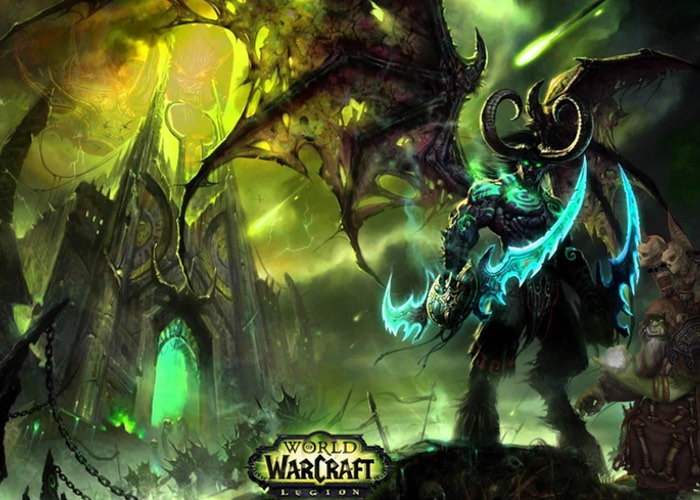 Blizzard entertainment has today announced that early access to the World Of Warcraft Legion Demon Hunter character will be made available on August 9th, 2016.

The World of Warcraft Legion Expansion which will be launching on August 30th, also includes a level 100 character boost and is now available to preorder in both the standard and digital Deluxe Editions priced at £35 and £50 respectively.

The Burning Legion surges into Azeroth in countless numbers while the warlock Gul’dan seeks the hidden remains of Illidan the Betrayer—the final component in a ritual to summon the Dark Titan Sargeras. As your world crumbles beneath the invasion, you must take up ancient artifact weapons of unbridled power and forge a forbidden pact with the vengeful demon hunters of the Illidari. For only you and your accursed allies can end the Legion’s apocalyptic ambitions and prevent Azeroth from falling beneath the Great Burning Shadow.

Get a head start on your preparations for the Legion invasion. Take advantage of early access to the new Demon Hunter hero class prior to the expansion’s release and immediately boost one character to level 100 when you pre-purchase.

Travel to the Broken Isles in search of the Pillars of Creation, powerful relics used to shape Azeroth. Explore all-new zones as you grow in power. Traverse the shattered remnants of an ancient night elf civilization, brave the Emerald Nightmare, and descend into Helheim to face Helya, cursed ruler of the vrykul underworld.

For more information on the new World Of Warcraft Legion Demon Hunter jump over to the official Blizzard website for details by following the link below.