World of Goo is one of the coolest games available on the Apple iPad, and the developers have now released an iPhone version, but if you already own the iPad version there is good news, as it will now also work on the iPhone without you having to buy another version.

World of Goo has been extremely popular on the iPad, selling over 125,000 copies in its first month, and it is one of the most popular physics based games on the app store. 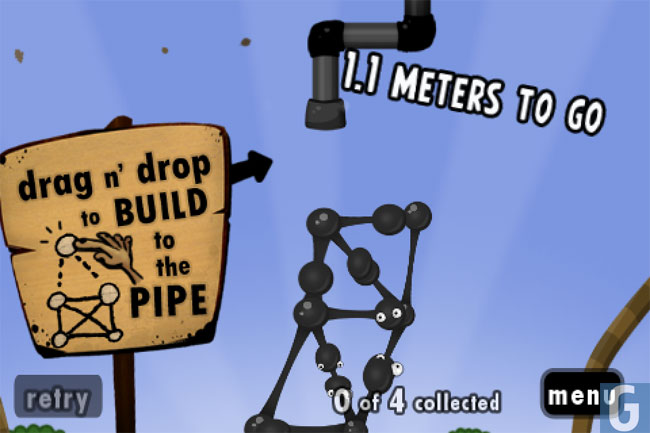 The iPhone version is available to people who don’t already own the iPad version for $0.99 for the first 24 hours, after that it will be available for $2.99.

Have a look at our hands on gallery below of the iPhone version of World of Goo.