A new and innovative device has been created called Woojer to provide you with haptic feedback whilst listening to your favourite music from your smartphone or tablet device. The new Woojer device has been developed by a team based in Israel and will soon be launching on Kickstarter to raise funds for the initial production run.

The Woojer device is currently in a working prototype development stage and has been described as a tactile transducer that reproduces sound using a polyphonic vibration, creating a haptic noiseless environment to augment the standard stereo audio that a user would normally listen to on their headphones. Watch the video after the jump to see it in action. 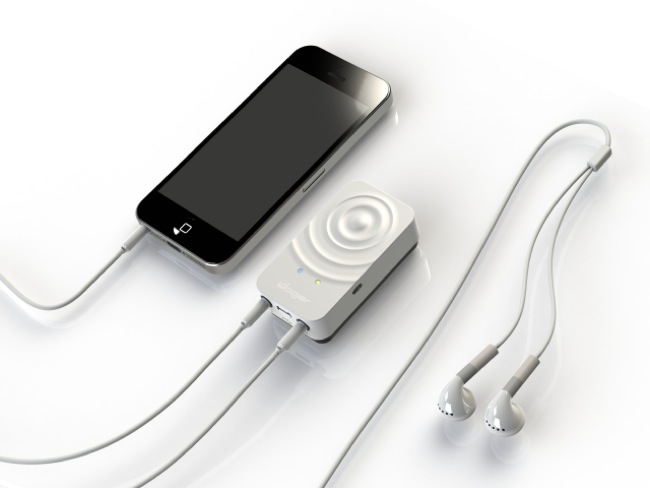 “The key Woojer know-how lies in the novel tactile transducer that reproduces sound as a polyphonic vibration. The device has accurate frequency response throughout the sonic and subsonic ranges. Clipped to the clothing along strategic meridian bodylines, the signal synergy convinces the brain that the whole body is exposed to high acoustic energy by the principle of “Perceptual Inference”. The device is compact, low cost, energy efficient and scalable. We have demonstrated both corded and wireless configurations.”