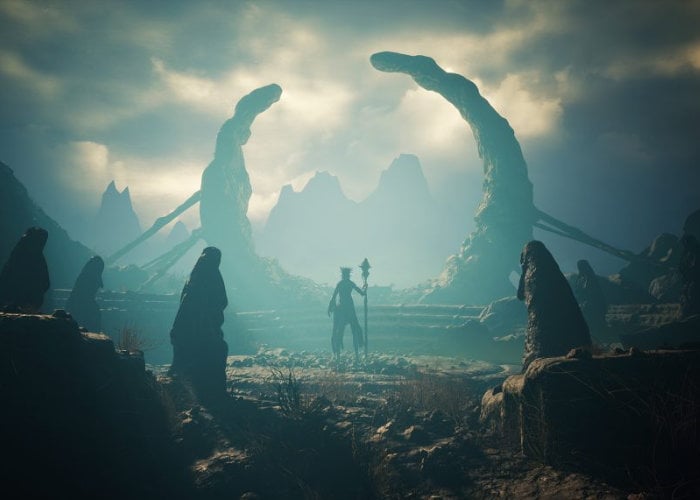 Indie game development studio and publisher Carbon Studio has announced their new virtual reality spell caster adventure returns in a new sequel aptly named, The Wizards Dark Times. The new virtual reality adventure will be launching on June 4th 2020 and will be available by the Steam games network and requires one of the following virtual reality headsets: HTC Vive, Oculus Rift, or Valve Index to enjoy.

“Face the end of the world in the sequel to The Wizards. The critically acclaimed VR spellcaster returns with a gesture-based system, challenging enemies, grand adventure, and the ever-witty narrator. Your body is frail, but your power is immense. Discover and master 11 individually designed spells with distinct abilities and effects. Forget about button combinations, command the arcane forces with nothing but hand gestures – as a true Wizard does!”

“A mysterious dark plague has fallen on the realm of Meliora, twisting its inhabitants into beings of hatred and madness. Forbidden powers and rogue wizards are involved, leaving only you to face the apocalypse head-on. Dare to journey through the Forsaken Wood, wade through the poisonous swamps of Meliora, descend into the ruinous Necropolis, and more – with no magical barriers to stop you in place!”

Jakub Pander, Carbon Studio’s producer explains a little more about the new virtual reality game. “Since Gamescom 2019, where the Dark Times’ press demo received overwhelming praise, we decided to extend the scale of the project. We made sure our spellcasting adventure will keep everyone slinging fireballs and roleplaying as the Emperor for hours, without any pesky magical barriers that slow your progress,”