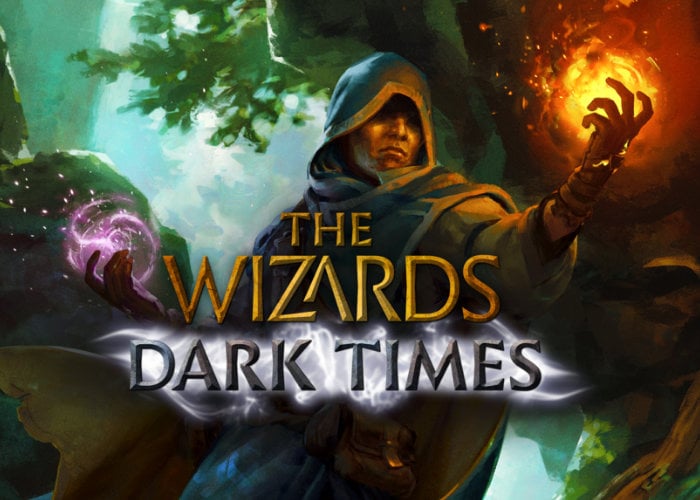 Gamers who fancy wielding the power of magic to slay their foes, maybe interested in a new 12 minute gameplay video, published by the UploadVR website this week. Providing a good look at what you can expect from The Wizards: Dark Times game on the Oculus Quest VR platform. The Wizards: Dark Times is also available via Steam for Windows based VR hardware.

“Face the end of the world in the sequel to The Wizards. The critically acclaimed VR spellcaster returns with a gesture-based system, challenging enemies, grand adventure, and the ever-witty narrator.”

“We’re kicking our Winter Wrap-Up event off with a little magic – 12 minutes of gameplay from The Wizards: Dark Times on Oculus Quest, right here! Carbon Studios’ full sequel to its popular spell-casting VR adventure, The Wizards, first hit PC VR earlier this year. Since then, the studio has been busy stirring the cauldron and cooking up an Oculus Quest port.”

The Wizards return with a reworked gesture-based spellcasting system, new environment interactions, new challenging enemies, and the ever-witty narrator Aurelius. Put on your VR headset and set off on a brand new perilous journey across the plague-ridden realm of Meliora.

Your body is frail, but your power is immense. Discover and master 11 individually designed spells with distinct abilities and effects. Forget about button combinations, command the arcane forces with nothing but hand gestures – as a true Wizard does!

A mysterious dark plague has fallen on the realm of Meliora, twisting its inhabitants into beings of hatred and madness. Forbidden powers and rogue wizards are involved, leaving only you to face the apocalypse head-on. Dare to journey through the Forsaken Wood, wade through the poisonous swamps of Meliora, descend into the ruinous Necropolis, and more – with no magical barriers to stop you in place!

Many fantastic creatures have fallen to the plague, becoming beings of destruction and death. Face new challenging enemies with unique abilities and individual behavior. Expect severe resistance – the world is ending, and it wants you dead too!