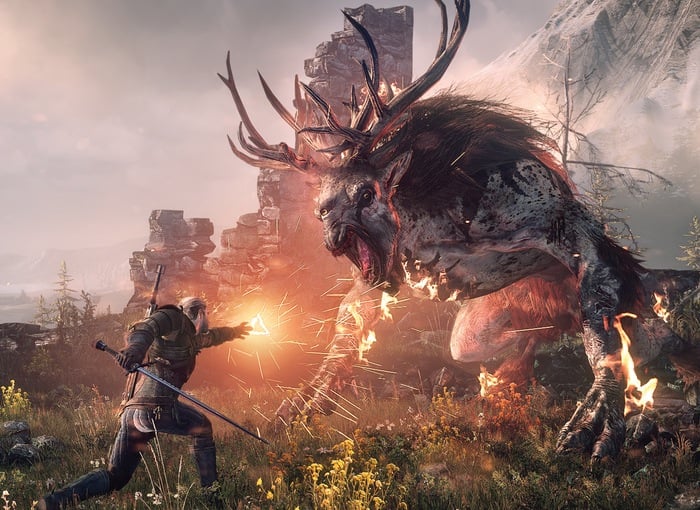 A new trailer for the upcoming and highly anticipated Witcher 3 The Wild Hunt game has been released today by its developers CD Projekt Red.

Together with the confirmation of a Witcher 3 The Wild Hunt release date which is now set to be February 24th, 2015. To whet your appetite for the Witcher 3 storyline and what you can expect from the game watch the new two-minute trailer after the jump.

The Witcher 3 The Wild Hunt game will be available to play on both next-generation PlayStation 4 and Xbox One consoles as well as being available on Windows PCs.

Once the game officially launches there will be two physical versions of the game in the form of a standard edition and collectors edition.

– A Blu-ray™ Disc with the game (DVDs on PC)
– An exclusive CD with the official soundtrack
– The official, developer-created “Witcher Universe – The Compendium” – A beautiful, detailed map of the in-game world
– A set of unique stickers
– A stylish, protective sleeve