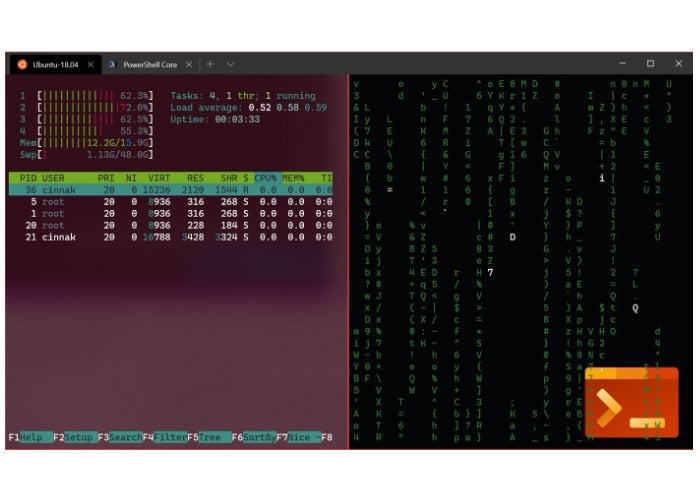 Microsoft has rolled out a new update to its Windows Terminal application bringing with it split screen support. The Windows Terminal (Preview) app is now available to download for free from both the Microsoft online store and the official GitHub page.

“The Windows Terminal is a new, modern, fast, efficient, powerful, and productive terminal application for users of command-line tools and shells like Command Prompt, PowerShell, and WSL. Its main features include multiple tabs, Unicode and UTF-8 character support, a GPU accelerated text rendering engine, and custom themes, styles, and configurations.”

Other changes in Windows Terminal Preview v0.10.761.0 include:

– The borders aren’t white anymore when you’re using the Windows dark theme.
– When text reflows after you resize a window, it should work better. Your scrollback position should also be maintained when you resize the window.
– If your taskbar auto-hides, it should be displayed properly when you mouse over it when the Terminal is maximized.
– A new antialiasingMode profile setting lets you choose between blurry or jagged.