Some of our readers will remember the ChevronWP7 Windows Phone 7 unlocking tool, the developers of the tool pulled it back in December of last year, although this wasn’t done because of a threat of legal action from  Microsoft.

In fact the reason the developers pulled the tool was because they entered into discussion with Microsoft about running hombrew applications on Windows Phone 7 so they decided to pull the tool. 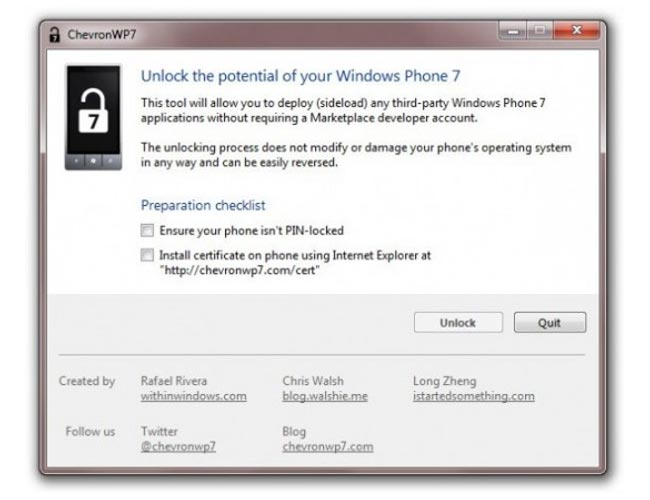 The developers of the ChevronWP7 tool have just announced that it will no longer work when Microsoft releases their next update to Windows Phone 7.

On a similar note, we’re aware the ChevronWP7 unlocking tool is still being utilized since it has been discontinued.

Although this has been subtly communicated before, we’d like to reiterate Microsoft has informed us the “coding error” used in the ChevronWP7 unlocker will no longer work after the next Windows Phone 7 update.