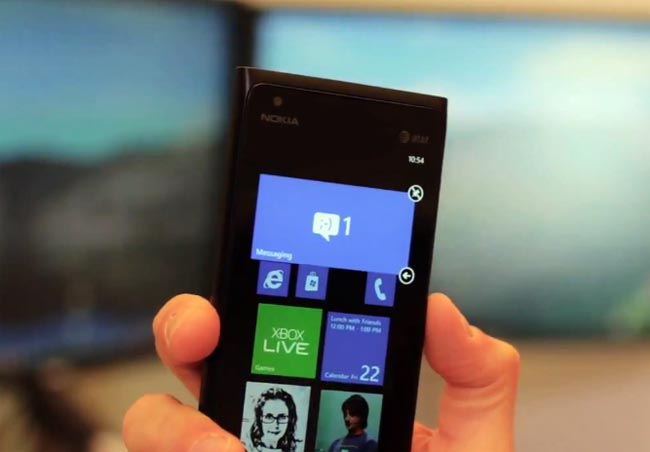 As you can see in the video above Windows Phone 7.8 is running on a Nokia Lumia 900 and the new start street feature resizable tiles, allowing you to customize your start screen and UI.