Microsoft has this week officially announced that their new Windows 8 operating system will support the Dolby Digital Plus audio codec. Currently Dolby Digital Plus is used in more than 640 million devices including smartphones, tablets, PCs, HDTVs, Blu-ray players, and gaming consoles. 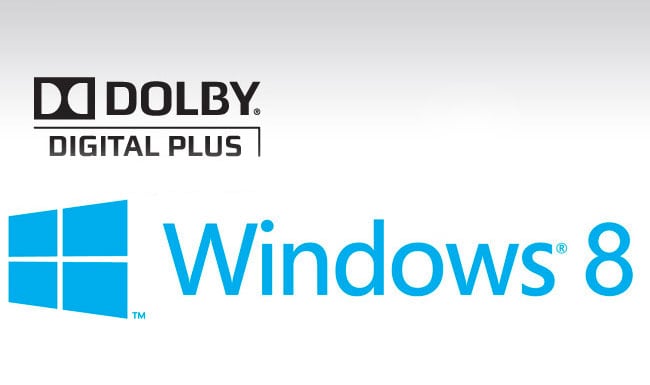 The support for Dolby Digital Plus will now allow developers the ability to create Windows 8 applications to provide enhanced audio to the end user. Using Windows 8 APIs in desktop and Metro-style apps, including those developed for x86 and ARM architectures. Ramzi Haidamus, Executive Vice President, Sales and Marketing, Dolby explains:

“Dolby’s goal is to deliver the best possible entertainment experience, wherever content is delivered through broadcast, broadband, or wireless networks,”-“We are pleased to be working with Microsoft to address the growing demand for high-definition content delivered across a broad range of services and devices. Widespread availability of Dolby Digital Plus on Windows 8 will enable more people to enjoy cinematic sound anytime, anywhere, and on any device.”