The video below shows a wide range of functions running on each device and compared side to side, which gives us a good idea on how Windows 8 for tablets compares to iOS 5. 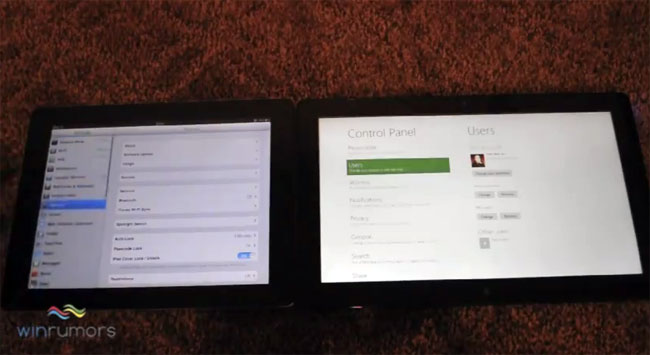 The Windows 8 running on the tablet is the developer preview version, and we suspect it will be a lot more polished and user friendly wen it launches, it certainly does look very interesting from the video and also from what we have seen previously.