Microsoft has today released a preview of its new Windows 8 software to developers after presenting the new Windows 8 OS at yesterdays Build Conference. The Windows 8 Developer Preview is a pre-beta version of Windows 8 which has been released by Microsoft specifically for developers.

The Windows 8 Developer Preview requires no activation to run and some Windows 8 features may require additional hardware, or installation of other software. As updates to the software are rolled out by Microsoft they should automatically be added to your installation. However Microsoft offers not additional support for this release. 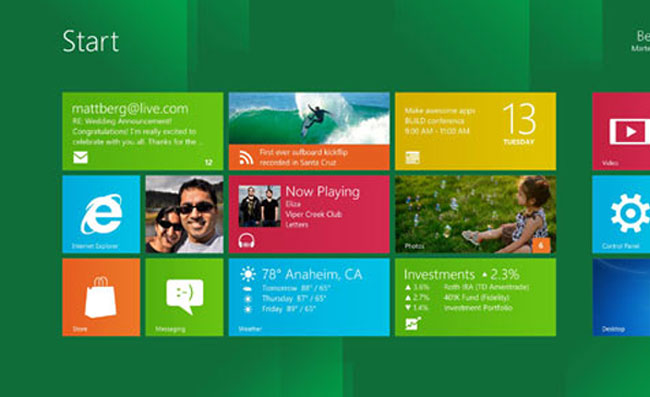 The new Windows 8 OS from Microsoft will support both tablets and traditional PCs. To load the Windows 8 Developer Preview you will require a PC with a t least a 1GHz or faster processor (either 32- or 64-bit), supported by 1GB of RAM (2GB for 64-bit), 16GB of hard disk space (20GB for 64-bit), DirectX 9 graphics with WDDM 1.0 or higher driver. Or a touchscreen tablet if you fancy trying out the its touch gestures and tablet user interface.

To download a preview copy of Windows 8 developer preview head over to the Microsoft Developer Site to download a copy. NOTE: it will not install on existing Windows 7 and will require a clean installation.