We heard the other day that a website from Microsoft for the Windows 8 Consumer Preview had gone live, and now Microsoft has sent out press invites to an event they are holding at Mobile World Congress in Barcelona later this month.

The invites, which you can see in the photo below are for an event which will take place at 3PM local time on the 29th of February, and Microsoft will be unveiling the Windows 8 Consumer preview. 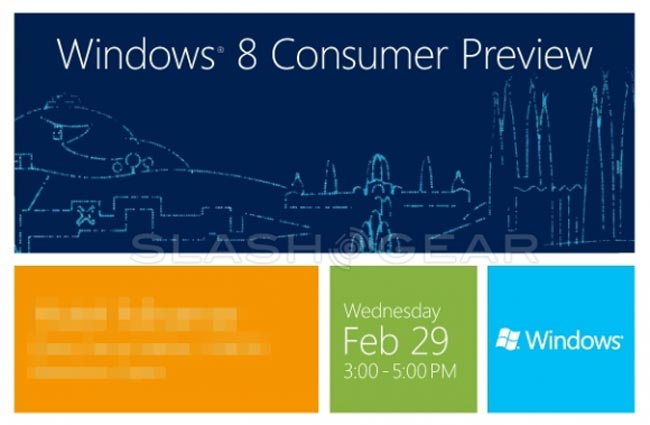 Microsoft haven’t as yet revealed any details of what will be unveiled in the Windows 8 Consumer Preview, and it isn’t clear whether the consumer version of Windows 8 will have any new features over what we have already seen.

As soon as we get some more information on what will be unveiled for Windows 8 we will let you guys know.