According to Microsoft its Windows 7 is now on 1 in 10 of the worlds PC’s and has sold more than 100 million copies, making it the fastest selling Windows OS in history. Recently Microsoft reported revenues of $14.5 billion for the last finincial quarter and says Windows 7 continues to be a growth engine for it. 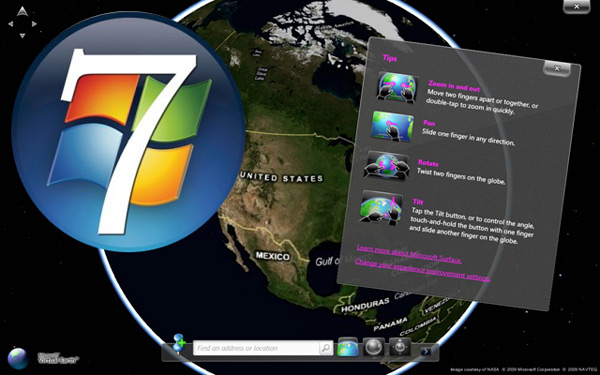 Last week Microsoft also lauched it Windows Touch for Windows 7 which is a bundle of six applications that includes three Microsoft Surface apps. The bundle was only perviously available to OEM’s customers for them to install on touch screen systems.

The Touch Pack does not automatically come with a Windows 7 bundle, but comes preinstalled on some multi-touch enabled PCs from Hewlett-Packard, Asus, Dell and Fujitsu.