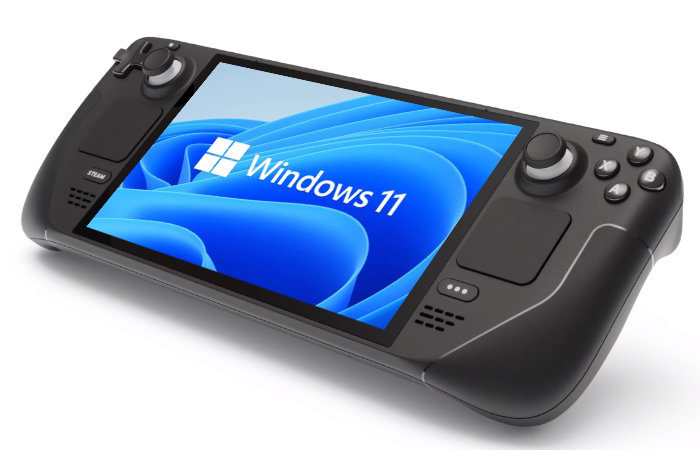 “Steam Deck brings the Steam games and features you love to a powerful and convenient form factor that you can take wherever you go. Steam Deck runs SteamOS 3.0, and thanks to Proton, your build will likely work right out of the box. To learn more about how to test your game, make your game even better on Deck, or request a developer kit, visit the Steamworks site.”

It is thought that Microsoft will be launching their Windows 11 OS sometime during October 2021, although no confirmed release date has been announced by Microsoft at the current time. During a recent hands-on session with the Valve Steam Deck Greg Coomer, Valve Steam Deck designer explained :

“There’s work looking at TPM just now. We’ve focused so much on Windows 10, so far, that we haven’t really gotten that far into it. Our expectation is that we can meet that.” – “It’s also a conversation that’s going on with AMD,” Coomer explains, “to make sure that, at the BIOS level, we can accommodate that. So there’s nothing to indicate to us yet that there’ll be any issues with Windows 11.”

If you are interested in learning more about the Steam Deck and first-hands on impressions of what you can expect from the handheld games console as well as a few frame rate specifications jump over to our previous article. As soon Valve releases any more details about their new Steam Deck console we will keep you up to speed as always.

Last week Microsoft announced the availability of the Windows 11 Insider Preview Build 22000.120 to everyone making it available download from the Dev and Beta Channels.