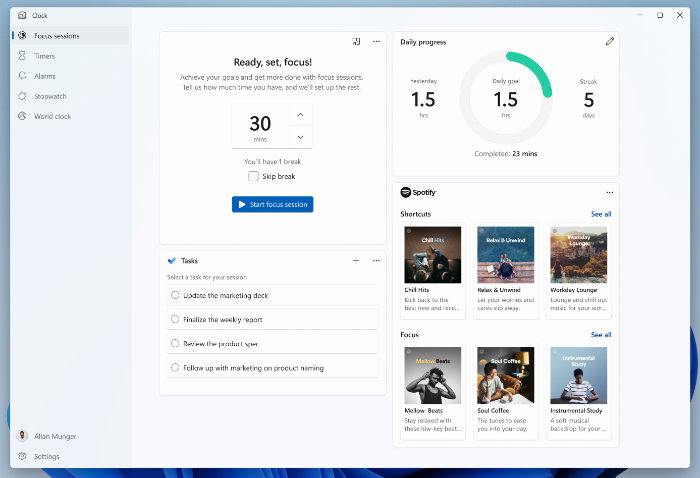 Microsoft has today announced the release of the new Windows 11 Insider Preview Build 22000.160 enabling you to try out the most recent additions to the next generation operating system ahead of its launch later this year. Microsoft has yet to confirm an official Windows 11 release date but has been indicating it should be sometime around October 2021.

Changes and improvements rolled out by Microsoft in the latest release include a new Clock app for Windows 11 with Focus Sessions together with a wealth of fixes, tweaks and enhancements.

“We have been testing the ability to see estimates for how long a restart for updates would take in places like the power menu under Start, in restart notifications, on the Update Settings page and inside the Windows Update icon that shows up at the lower right of Taskbar. We are making a small adjustment for this feature so that it only shows on PCs with SSDs. If your PC has a standard HDD, you will no longer see estimates. We hope to bring estimates back to PCs with HDDs once we iron out a few more bugs.”