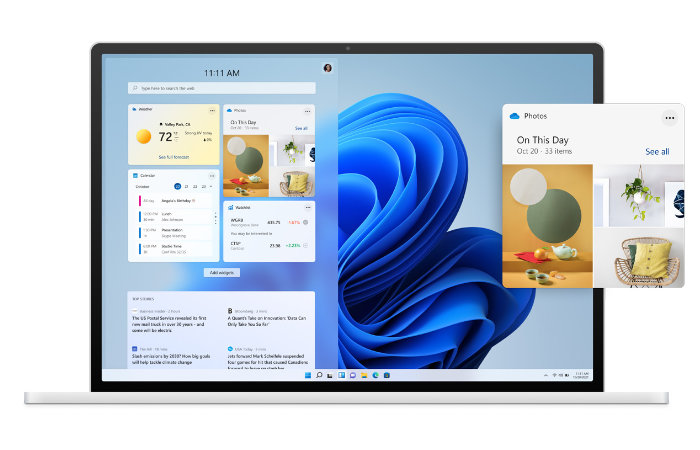 Microsoft has today announced the availability of the new Windows 11 Insider Preview Build 22000.100 to everyone in the Microsoft Dev Channel. New features and enhancements and tweaks in the latest Windows 11 release include the rollout of the new Chat communication software. But you might not see this straightaway as Microsoft is slowly rolling it out to all Insiders over the next couple of weeks.

Other features include new hidden icons flyout on the lower right of the Taskbar has been updated to match the new visuals of Windows 11. Although Microsoft does state “it may not look right after updating to this build – toggling between two themes will correct the issue”.

“The touch keyboard icon in the Taskbar has been adjusted to be more consistent with the size of the other icons in the corner of the Taskbar. The Taskbar calendar flyout will now fully collapse down when clicking the chevron in the top corner to give you more room for notifications.”

“In the latest Microsoft Store update rolling out to Insiders, we made navigation in our new Microsoft Store feel fast and fun. When you select an app or movie you’re interested in, you might notice some animations that help you keep track of what you’re browsing. Give it a try, we hope you like it as much as we do.”

For more information on all the new tweaks and updates Microsoft is rolling out in the new Windows 11 Insider Preview Build 22000.100 jump over to the official Windows Blog by following the link below.