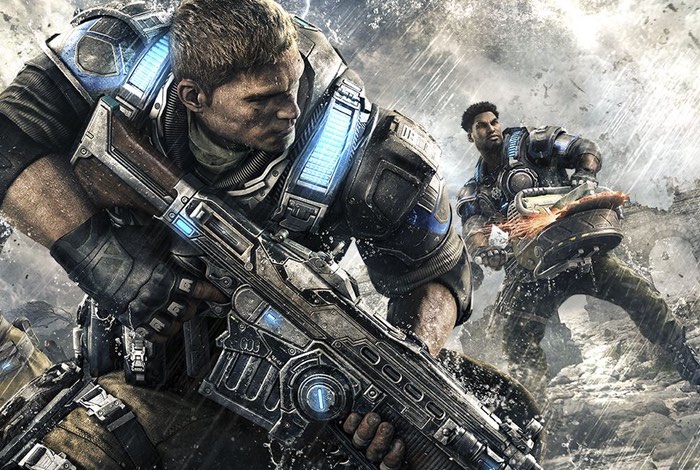 Microsoft has today announced that their new Windows 10 supported Xbox Play Anywhere games are now available to preorder directly from the Windows Store.

The Window 10 PC versions of ReCore, Forza Horizon 3, and Gears of War 4 can be now be pre-orderedIn preparation for the launch during September and October 2016.

When you buy an Xbox Play Anywhere digital game through the Xbox Store or the Windows Store, it’s yours to play on both Xbox One and Windows 10 PC at no additional cost. Plus, when you start playing any Xbox Play Anywhere game, you can pause and pick back up where you left off on another Xbox One or Windows 10 PC, bringing all your saves, game add-ons, and Achievements with you. In all cases, Xbox Play Anywhere titles act as one game with one account and can be accessed across multiple devices. And if you don’t yet own one of these devices, don’t worry, your catalog of Xbox Play Anywhere games lives in the cloud and will be ready to download in the fu

Check out the trailer below to learn more about the ReCore Windows 10 version. Microsoft explains more about each game below :

ReCore – Developed by legendary creator Keiji Inafune and Armature Studio, the team behind the Metroid Prime series, comes ReCore – an exclusive new IP for Xbox One and Windows 10 PC that marries action and platformer gameplay with incredible visuals, unique art and an emotionally engaging story.

ReCore is the first game to feature Xbox Play Anywhere where one purchase gets you both the Xbox One and Windows 10 PC version of the game and your progress is shared across devices so you can pick up right where you left off, no matter where you play. The game will be available on September 13 (North America, Latin America, Asia Pacific except Japan); September 15 (Japan) and September 16 (EMEA).

Forza Horizon 3 – In Forza Horizon 3 you’re in charge of the Horizon Festival. Customize everything, hire and fire your friends, and explore Australia in over 350 of the world’s greatest cars. Make your Horizon the ultimate celebration of cars, music, and freedom of the open road. How you get there is up to you.

Forza Horizon 3 is releasing on Xbox One and Windows 10 PC and will feature Xbox Play Anywhere. All online modes, including campaign co-op and every type of multiplayer will support cross-play between devices, so you and your friends can team up and all play on your platform of choice. Your epic driving adventure in Forza Horizon 3 starts September 23 – Ultimate Edition Early Access (all regions except Japan); September 27 – Deluxe and Standard Editions (all regions except Japan); and September 29 in Japan.

Gears of War 4 – Experience a new saga in the Gears of War universe as a new generation of heroes – JD Fenix, Kait, and Del – adventure together to rescue their loved ones and discover the source of a monstrous new threat.

Gears of War 4 also supports Xbox Play Anywhere and will give fans the option for cross-play in campaign, Horde, and Co-op Versus, and the ability for cross-buy, to purchase game add-ons for both versions on Windows 10 PC and Xbox One.Gears of War 4 will release worldwide on Windows 10 PC and Xbox One on October 11, but if you pre-order the Ultimate Edition you can play four days earlier starting on October 7.