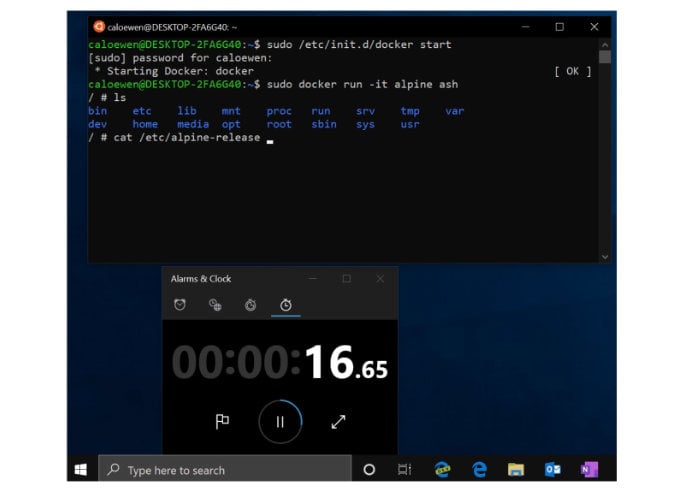 Those of you interested in testing out the new Windows 10 Linux kernel will be pleased to know Microsoft has made available the Windows 10 Insider Preview Build 18917. But before you install it do remember that the build is still in the early development cycle and could contain bugs that might be a little more than irritating.

Within the latest Preview Build Microsoft has included the Windows Subsystem for Linux 2, a new version of the architecture that powers the Windows Subsystem for Linux to run ELF64 Linux binaries on Windows. This new architecture, uses a real Linux kernel and changes how these Linux binaries interact with Windows and your computer’s hardware. Although still providing the same user experience as WSL 1 explains Microsoft. “WSL 2 delivers a much faster file system performance and full system call compatibility, which lets you run more applications like Docker!”

“We can’t wait to see how you start using WSL 2. Our goal is to make WSL 2 feel the same as WSL 1, and we look forward to hearing your feedback on how we can improve. The Installing WSL 2 docs explains how to get up and running with WSL 2.”

For a full list of all the new improvements rolling out in the Windows 10 Insider Preview Build 18917. Jump over to the official Microsoft development blog.

The wait is over! #WSL2 just released to Windows Insiders, you can learn all about how you can get started using it right away in today’s blog post!https://t.co/IMjUqcFWA6