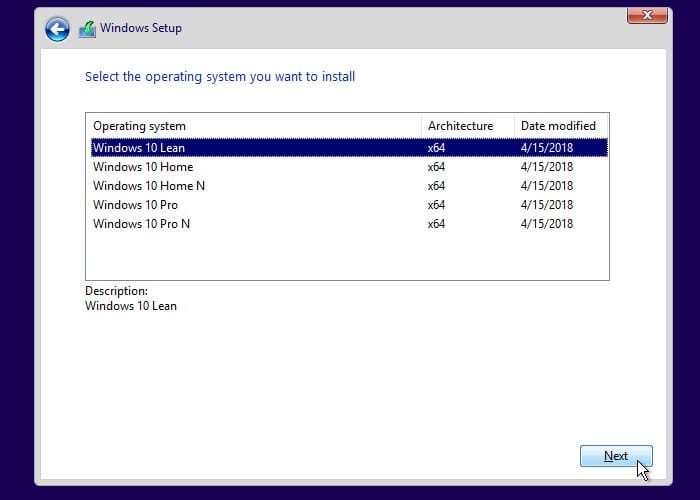 It has been discovered this week that Microsoft is currently in the process of developing a cutdown version of their latest Windows 10 operating system to enable it to fit onto computers with just 16 GB of storage. The aptly named Windows 10 Lean pictures a much smaller footprint than a fully blown version of Windows 10 and does not remove support for legacy applications, meaning it still provides full Win32 app support if you need it.

Microsoft has not yet officially announced the availability of Windows 10 Lean, but the operating system is in development internally but is currently very buggy in the latest Redstone 5 builds. According to sources close to the action who have been in contact with the Windows Central website. “Windows 10 Lean aims to fix this problem. It’s an SKU aimed specifically at devices with 16GB of storage and has a much smaller footprint out of the box. It strips out things users won’t need on a device with a small of storage, such as the Registry Editor, Internet Explorer, and more. It’s still the same old legacy Windows that we know and love, just streamlined so that it better fits on devices with smaller internal storage.”

The release of the Microsoft Windows 10 Lean operating system would be great for smaller PC systems that sometimes become stuck with the version of Windows 10 that they shipped with due to the lack of space required to upgrade the operating system to the latest release. As soon as more information becomes available, we will keep you up-to-date as always, but in the meantime jump over to the Windows Central website by using the link below for more details.