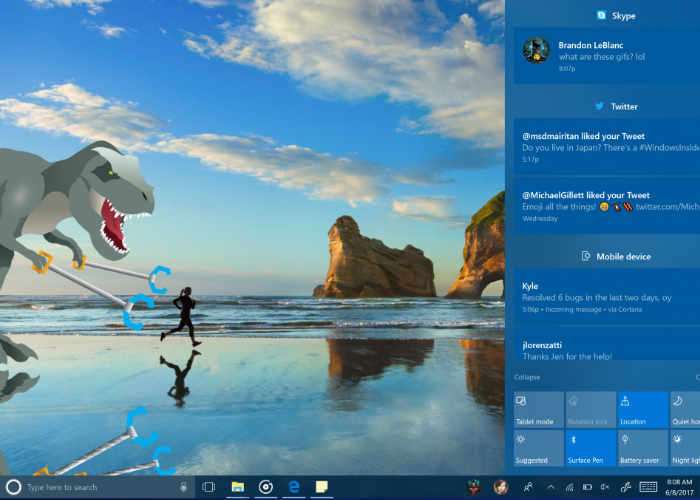 Microsoft has today announced the release of a new Windows 10 Insider Preview Build 16215 which brings with it plenty of tweaks, new features and enhancements for the Windows 10 operating system.

Dona Sarkar Software Engineer for Windows and Devices Group explains more about what you can expect from the latest Preview Build 16215 for PC and Build 15222 for Mobile devices released by Microsoft.

As you would imagine this build includes Microsoft Edge improvements, Cortana improvements, enhancements to the handwriting experience in Windows 10 as well as new Find My Pen feature, hardware keyboard improvements, reduced palm rejection and lots more.

Action Center has been redesigned based on your feedback to provide much clearer information separation and hierarchy. And the new design for Action Center also includes elements of our Fluent Design System such as acrylic! (and in case you were wondering, we’ve also added acrylic to our notification toasts!). As a reminder, you can customize the visible quick actions by going to Settings > System > Notifications & actions.

Jump over to the official Windows Blog for more details on all the new enhancements and features you can expect to enjoy in the new build via the link below.