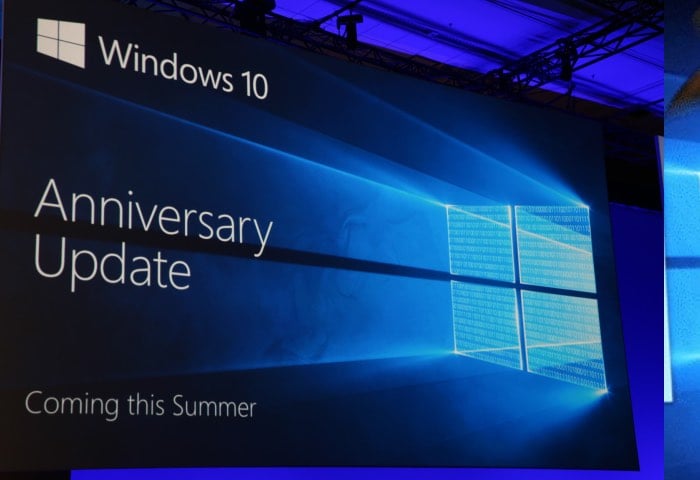 Microsoft has today confirmed via the official Windows Blog that the new Windows 10 Anniversary Update that was unveiled earlier this year, during the Windows Build developer conference. Will now be available in just over a month’s time on August 2nd, 2016.

The Windows 10 Anniversary Update will be the next major update to Windows 10 and brings with it a wealth of new features, security enhancements and bug fixes for users to enjoy.

One of the major upgrades included in the Windows Anniversary Update is enhancements to Microsoft’s Cortana personal assistant, which will be more productive once the Windows 10 August update has been installed. Microsoft explains a little more about what you can expect from the personal digital assistant.

Windows has been a pioneer in this space, first introducing Cortana in Windows Phone, then to the PC with Windows 10, and soon available on Xbox One. Today, we have more than 1,000 Cortana apps in the Windows Store. But we can do more to make it easier for you to interact with Cortana and receive helpful information throughout your day.

– Cortana is now available above your lock screen so you can do things like ask questions, play music from your PC or set a reminder without unlocking your device.

– Cortana can save and recall key information, like your frequent flier number or where you parked at the airport. You can also add photos to make your reminders visual, like a photo of a bottle of wine you enjoyed at a restaurant.

– Cortana can give you notifications across all the devices you have with Cortana – like sharing directions across devices or from text or messaging services on your phone.

For full details on the Windows 10 Anniversary Update jump over to the official Windows Blog via the link below.