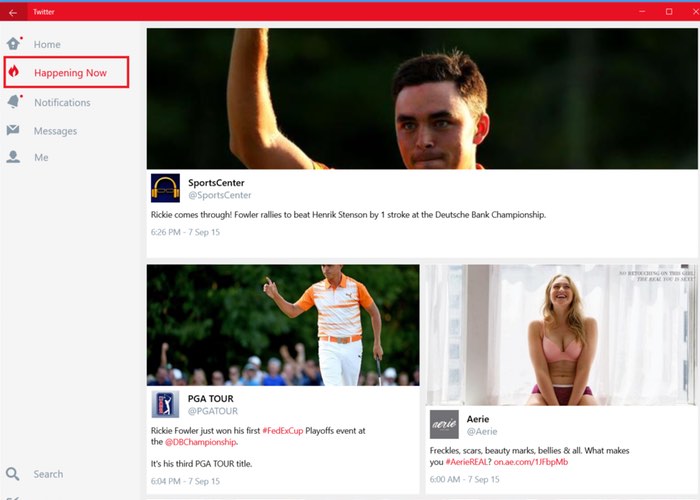 This week a new update has been rolled out to the Windows 10 Twitter application, that brings with it a number of new features one of which allows users to quickly view trending stories from Twitter.

Other new features that have been included in the latest Windows 10 application which takes the form of version 4.1 include Quote Tweet Support, Multiple Account support and support for lists.

Another enhancement is the inclusion of support for Higher resolution photos, although this has not as yet been confirmed by Twitter as yet.

Twitter is a free app that lets you connect with people, express yourself, and discover more about the things you love. Hear about breaking news first. See what your favorite celebs, athletes and public figures are chatting about. Catch a glimpse behind-the-scenes at the Oscars, concerts, sporting events, and more.

Then join the conversation: Tweet your own text and photos to your followers — and maybe make a few fans along the way. Even send private messages to friends. All in real time, as big (and little) things happen, from anywhere you happen to be.

When something happens in the world, it happens on Twitter.

The latest Windows 10 Twitter app is now available to download from the Windows App Store via the link below.