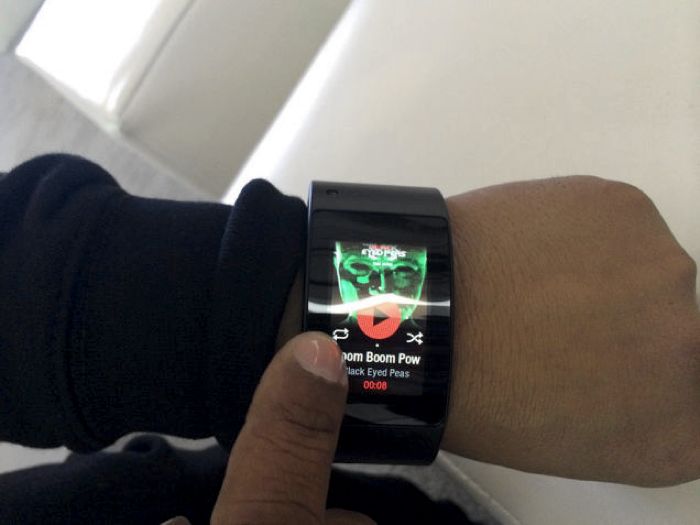 Will.i.am teased his new wearable gadget back in April, and now the device is official and it is called the Puls, it is a wrist worn gadget which is capable of making phone called.

The Will.i.am Puls will work without the need for a smartphone, the device comes with 3G built in and it can be used to make phone calls.

The Puls feature a curved display that wraps around your wrist and it comes with 1GB of RAM and 16GB of storage, it also comes with a propriety OS and it features a built in accelerometer, a pedometer, Bluetooth and WiFi.

The Will.i.am Puls will be sold with mobile carrier AT&T in the U.S. and with O2 in the UK, as yet there are no details on how much the device will cost.

It certainly looks like an interesting device, and we are looking forward to finding out more details on the Puls, as soon as we get some more information on the full specifications and also details on pricing, we will let you guys know.