We have been hearing rumors that apple have been working on their own Apple HDTV for a while now, and the Steve Jobs confirmed that the company had an Apple TV in the works in his biography by Walter Isaacson.

We have previously heard that Apple’s new TV could possibly come with Siri built in, plus many of the features of Apple’s current set top box, like movies and more, and now one designer has come up with a concept design for the Apple TV. 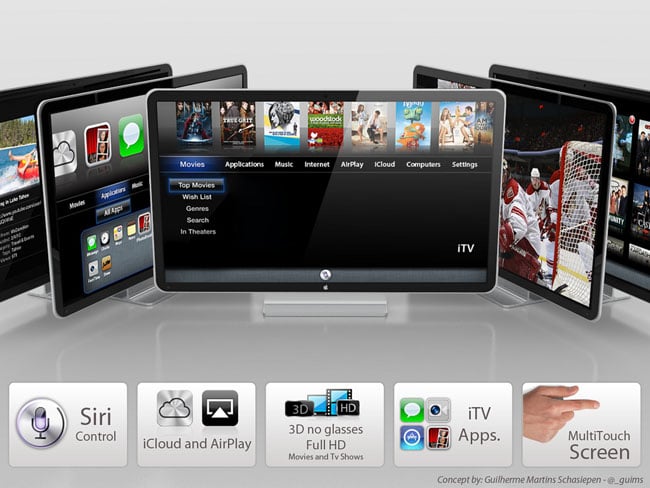 You can see a couple of more photos of the Apple TV concept below, and make sure you head on over to Guilherme Schasiepen’s Flickr page for lots more photos of his Apple TV design concept.