Last week we heard that Amazon had removed WikiLeaks from its servers after just 24 hours, and the site then lost itsDNS provider after continuing DDOS attacks.

Now it seems there are hundreds of mirrors of the WikiLeaks website on the web, which means that any future attempts to remove the site from the web are going to be a lot less likely. 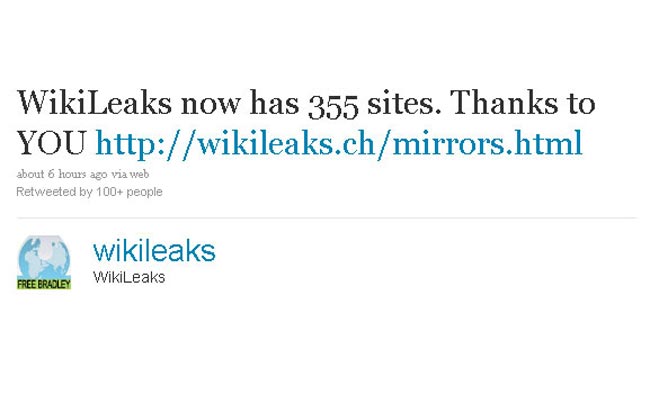 Obviously the number of mirror sites of the WikiLeaks website are bound to increase, as they have also released details on how to setup a mirror of the site.