Earlier in the week we saw a photo of the black Nokia Lumia 929, and now we have a photo of the white version of the handset, which was posted on Twitter by @evleaks.

The Nokia Lumia 929 is said to be the Verizon version of Nokia’s new 6 inch Windows Phone phablet, the Nokia Lumia 1520, and the two devices are expected to come with the same specifications. 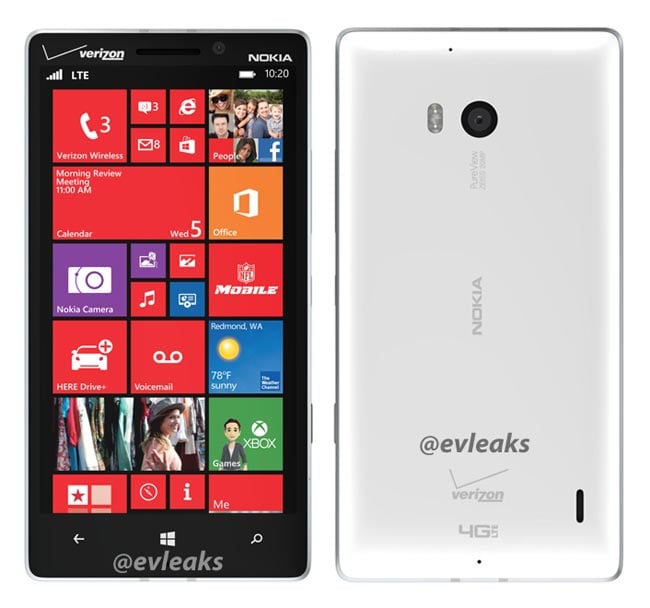 The Nokia Lumia 929 will feature a 6 inch full HD display with a resolution of 1920 x 1080 pixels, the device is said to come with Windows Phone GDR3.

The handset is expected to feature a 20 megapixel Nokia Pureview camera, and will apparently be powered by a quad core Qualcomm Snapdragon 800 processor.

Nokia are holding a press event on the 22nd of October where they are expected to make the new Nokia Lumia 1520 official, and we are expecting them to also announce the Verizon Nokia Lumia 929 at the same event.

As soon as we get some more details on the new Nokia Lumia 929, including the handsets full specifications and some more photos of the device we will let you guys know.