We are expecting Apple to officially announce the new iPhone 5 some time this month, but there have also been rumors of another new iPhone coming from Apple this year which is expected to be a cheaper model, the iPhone 4S.

The guys over at Engadget have got their hands on a screenshot of AT&T’s internal inventory system, and it shows something interesting, a white iPhone 4S, listed as ‘iPhone 4S White’. 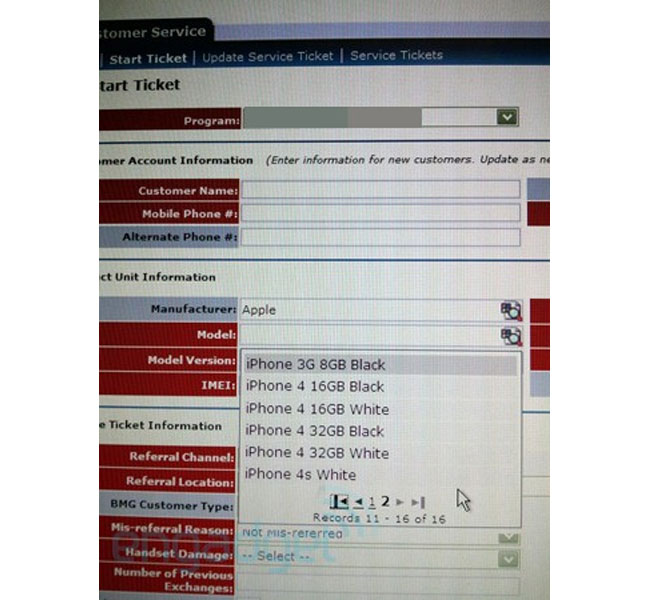 There are no details if this is the real deal or not, so I guess we can take this photo with a pinch of salt for now, until we get some sort of confirmation from Apple.

We are hoping that Apple will announce the next generation iPhone before the end of the month, as soon as we get some more information we will let you guys know.