We previously heard a rumor that Sprint would be launching a white version of the EVO 4G LTE on their network, the device is now official and it will be available from Sprint this Sunday the 15th of July.

Sprint will be offering the white EVO 4G LTE for $199.99 when you sign up to a new two year contract to the carrier, you will also be able to but the handset without a contract for $549.99. 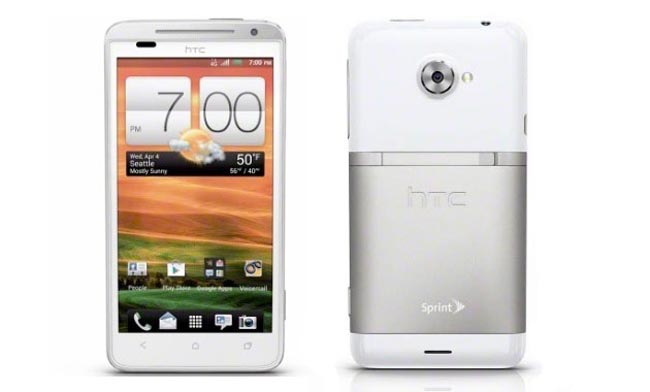 As a reminder the HTC EVO 4G LTE features a 4.7 inch HD Super LCD display with a resolution of 1280 x 720 pixels, processing is provided by a dual core 1.5GHz Snapdragon S4 processor, and it comes with Android 4.0 Ice Cream Sandwich.

The HTC Evo 4G LTE also comes with 4G LTE, NFC, an 8 megapixel camera, plus 16GB of built in storage and a microSD card slot which can take up to 32GB cards, plus the latest version of HTC’s custom user interface HTC Sense 4.0, you can find out more details about the device over at Sprint.