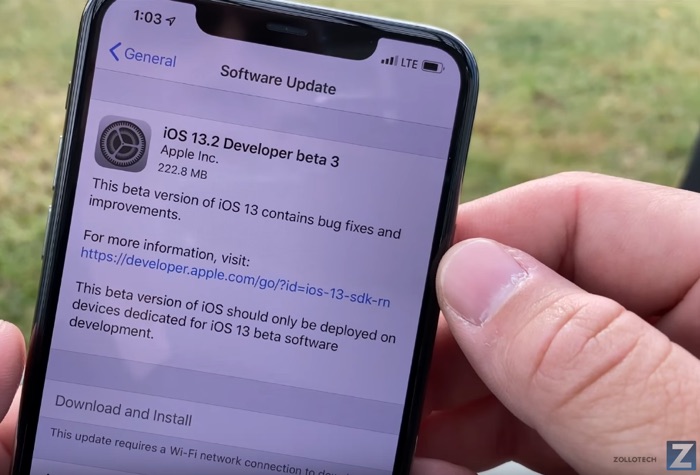 Apple released their new iOS 13.2 Beta 3 and iPadOS 13.2 beta 3 yesterday the software brings a range of new features to the iPhone and iPad.

The update also comes with a range of bug fixes and performance improvements and now we have a great video from Zollotech which gives us a look at what’s new in iOS 13.2.

The software will bring a range of new Emoji to the iPhone and iPad, it also comes with Deep Fusion for the latest cameras on the iPhone 11 and iPhone 11 Pro, this is a new image processing system that uses the new Apple A13 Bionic processor in these handsets and more.

Apple are expected to release their new iOS 13.2 software some time in early November, as soon as we get some details on the release date, we will let you guys know.