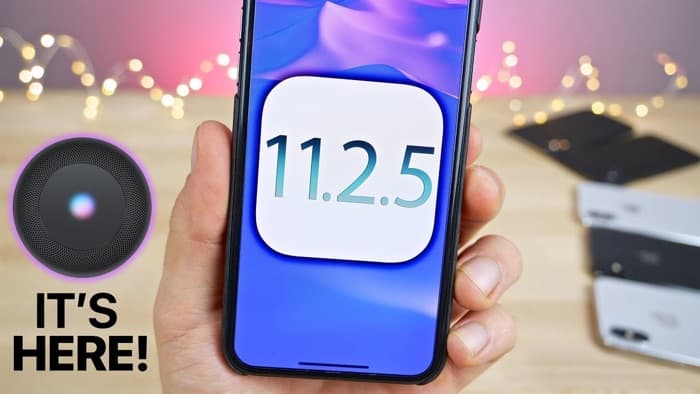 After the release of seven betas the iOS 11.2.5 software update is finally here. We have already seen some speed test videos of the new OS against the previous version.

The new iOS 11.2.5 software update brings a range of new features to the iPhone and iPad, this includes some bug fixes for things like the chaiOS bug which freezes a device when a specific link is sent in messages.

The update also comes with a range of new features for the iPhone and iPad, have a look at the video below which shows us some of the updates included in the latest version of Apple’s mobile OS.

The new iOS also comes with a new news feature with Siri, you can ask Siri for the latest news and it will play you a news podcast of the most recent news. In the US there are a number of different providers that you can choose from for these podcasts. These include The Washington Post, CNN, NPR and Fox News. The news providers are different in other countries.

The new iOS 11.2.5 software update is now available as an over the air update. You can install the update on your iPhone or iPad by going to Settings > General > Software update > Download and Install. If you notice anything else new in the latest version of Apple’s iOS, please leave a comment below and let us know.