Designer Sean Percival came up with this fun photo, which may give us an idea of what a Facebook phone would look like if they ever released one. 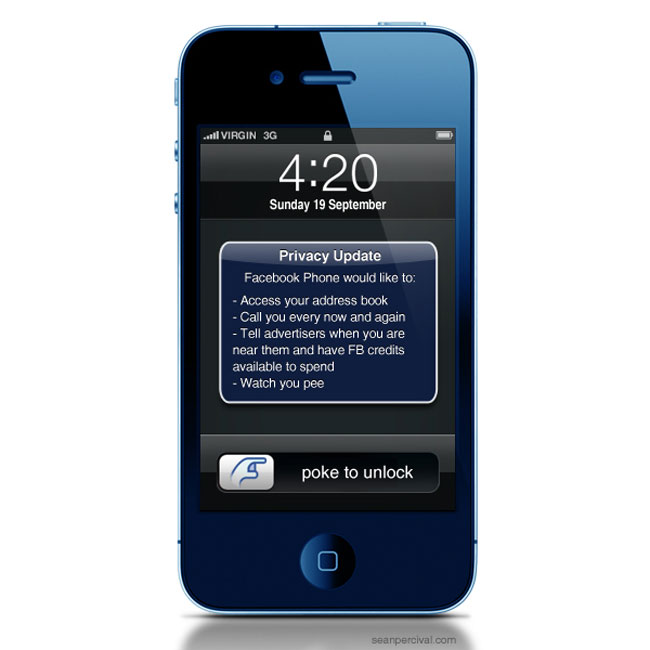 As you can see from the photo, this if of course a joke, but no doubt if Facebook did ever release their own mobile phone it would come with many of the features listed.