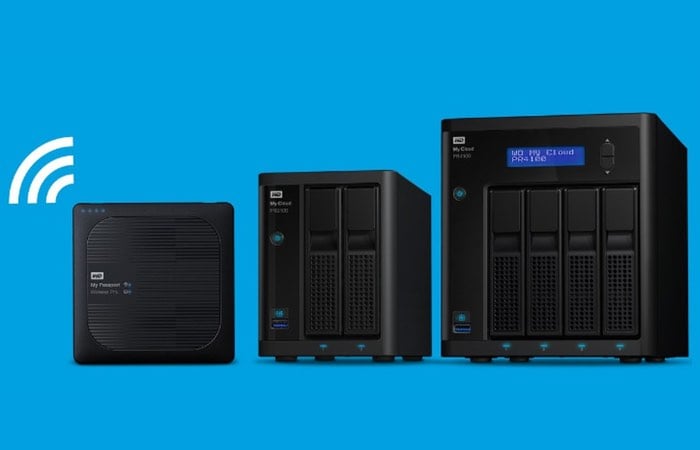 Western Digital has unveiled new additions to their range of external storage devices with the launch of the My Passport Wireless Pro Wi-Fi mobile storage and My Cloud Pro Series network attached storage (NAS).

The new devices have been specifically designed for the “creative community” says WD and have been created to provide seamless transfer of content between devices.
Western Digital explains a little more about the My Passport Wireless Pro And My Cloud Pro new additions to their storage range :

My Passport Wireless Pro Wi-Fi mobile storage lets creative professionals and enthusiasts leave the laptop behind when on a shoot. Using the direct Wi-Fi connection, creators can automatically backup files from compatible cameras, as well as save, edit and transfer work seamlessly from up to eight other devices connected to the drive. Tethered connections are also available for faster transfers and include a built-in SD card reader as well as a USB 2.0 port. Available in capacities up to 3TB, the My Passport Wireless Pro device also features up to 10 hours of battery life* and a built-in battery pack that can even be used to charge phones and other devices like digital or video cameras.

When the shoot is over and it’s time for editing or studio work, the My Cloud Pro Series NAS device takes the reins seamlessly. Offering up to 32TB of storage, the My Cloud Pro Series NAS are optimized to import from cameras/memory card readers and other USB storage with a simple one touch backup button. Simply connect your cameras and compatible USB storage devices, press a button, and your new files are easily backed up/imported.

For more information on the new WD storage jump over to the official press release for details by following the link below.