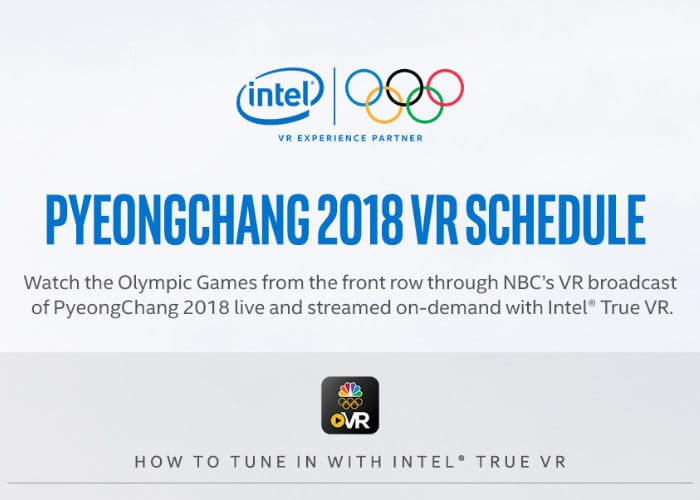 Check out the list of all the virtual reality 2018 Winter Olympic events listed below, half of which are live and half on demand. Unfortunately and quite astonishingly, neither the Oculus Rift or HTC Vive virtual reality headset seems to be supported by the programming and only the Samsung Gear VR, Google Cardboard, Google Daydream, and Windows ‘MR’ VR headsets are supported.

You will also need to download the NBC Sports VR application from the relevant online app store to view the virtual reality Olympic programs, which will allow you to then tune in on the allocated days. Check out the full 2018 Winter Olympic virtual reality schedule listed below. The 2018 Winter Olympic starts today on February 9th, 2018 and continues until February 25th, 2018 and takes place in Pyeongchang County, South Korea.