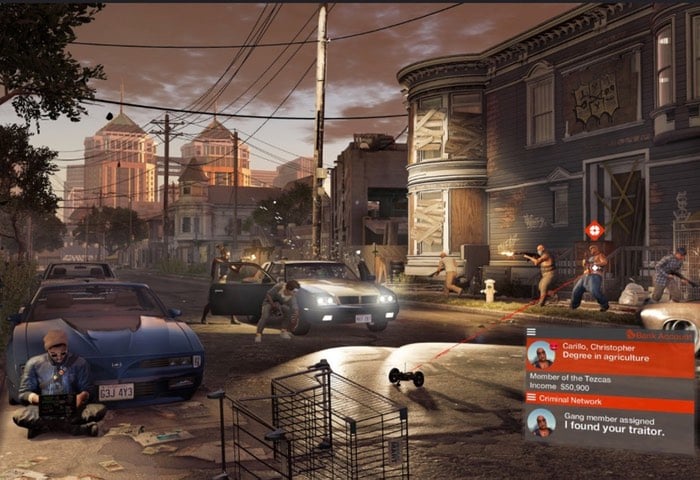 Ryan Clements Social Media Specialist, took to the PlayStation blog over the weekend to revealed more details about the new Watch Dogs 2 game that is currently under development, and which will be available to play later this year when the game officially launches on November 15th, 2016.

Ubisoft has made a number of enhancements and changes to the way the mechanics of the game function building on the hacking skills that were introduced in the first Watch Dogs game.

Set within a fictionalised environment similar to San Francisco, Watch Dogs 2 is played from a third-person perspective, and players control Marcus Holloway, a hacker who works with the hacking group DedSec to take down the city’s ctOS 2.0, an advanced surveillance system. Clements explains a little more about the importance of social media within the Watch Dogs 2 game.

Everything you do in Watch Dogs 2 is powered by social media. Hacking into cars, unlocking doors, controlling drone tech — it all hinges on the number of followers protagonist Marcus Holloway has during play. And everything you do in Watch Dogs 2 earns you more followers. Think of them like experience points, but modernized for the San Francisco Bay Area.

Players help Marcus, a brilliant hacker and victim of wrongful accusation, build his notoriety in the hacker community. The more people that follow him, the more power he can draw from their collective hardware. And that means more potent hacks, longer control over tech, and a better time for the player.

Hacking in Watch Dogs 2 benefits from a serious upgrade. Aim your cursor at any hackable object and hold L1. This turns the face buttons on the DualShock 4 into contextual commands, opening up multiple strategic options for every vulnerable device. Marcus can drive a car remotely to summon a getaway vehicle, or send one unmanned into a busy intersection to slow down police. The more followers Marcus earns, the more control he has over the world around him.

This also extends into drone play. Marcus can send a drone skyward for a supremely helpful view of the mission area, marking enemies and even remote-hacking objects from above. Alternatively, Marcus can deploy a small jumper bot (adorable) into the fray, interacting with various fuse boxes and points of interest without ever leaving the safety of a nearby hiding spot. This style of play falls into one of three categories that Ubisoft has designed for: clearing a mission without ever setting foot in the space. Marcus can also stealth through his enemies, or go all-out with guns blazing.

For more information on the new Watch Dogs 2 game jump over to the official website for details by following the link below.