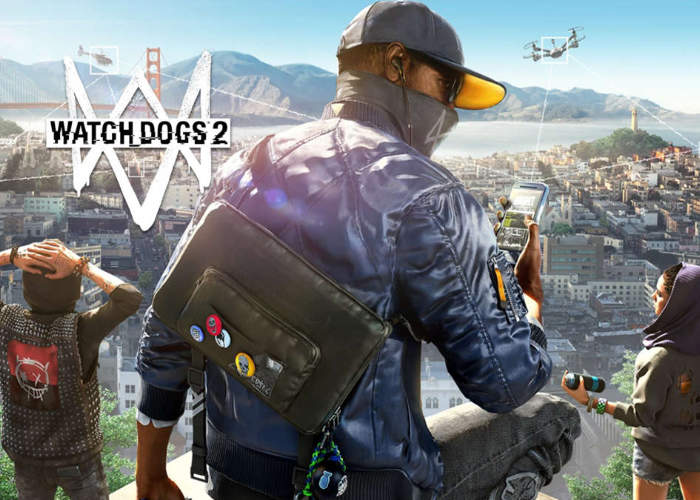 Gamers patiently waiting for the sequel to the popular hacking game Watch Dogs will be pleased to know that the second game in the open world action-adventure series is now available to purchase and play on Xbox One and PlayStation 4.

Unfortunately PC players will need to wait just a little longer until the end of the month on November 29th to be able to experience the action which is set in a fictionalized version of the San Francisco Bay Area.

Watch the official gameplay trailer below to learn more about the storyline and what you can expect from the sequel which includes both single and multiplayer online modes together with a seamless cooperative multiplayer mode, during which players can meet and interact with other random players if desired.

There are also a couple of competitive multiplayer modes that take the form of :

--  Online Invasions: Online invasion is a one-versus-one competitive multiplayer mode, originally featured in the first game, in which a player joins another player’s single-player session and installs viruses on their DedSec system. The invading player must escape after a virus is successfully planted, while the original player must find and kill the invading player.

–  Bounty Hunter: Bounty Hunter is a new mode introduced in the game. If an online player creates too much chaos in the world, the mode will be initiated. Police, alongside one to three other players, will join the player’s game with the hope of killing the hunted and claiming the bounty, which gives them experience points. The hunted could either strike back at the hunters by killing them, which gives them greater rewards, or escape from them until the bounty expires. The hunted, meanwhile, also can be assisted by another player if that player chooses to join the hunted. Players can manually place a bounty on themselves using the in-game smartphone

Following the events of Chicago, San Francisco becomes the next city to install the ctOS (central Operating System), which connects everyone with everything. The game features a new protagonist named Marcus Holloway (Ruffin Prentiss), a young and intelligent hacker from Oakland, California. He was wrongly framed for a crime he did not commit by the upgraded ctOS, ctOS 2.0, which categorized him as the suspect.

Realizing the system covertly brings harm to the innocent citizens of San Francisco, he decides to work with the hacking group DedSec to take down the city’s ctOS 2.0, and Blume, the company behind ctOS.